Skip to main content
Monthly - $100
Prayukas Cultural Academy offers a 54-week comprehensive course of online classes for all students interested in gaining an insight into Sanathana Dharma. We teach the importance and significance of Sanathana Dharma to instill values and morals in our future generations. We also have a run through session every 5th week to ensure participants practice what had been taught earlier. After successfully conducting online batches for students throughout India, we are delighted to start admissions for online classes internationally for all students.

Sanathana- Eternal Dharma- Righteousness Sanatana dharma duties take into account the person’s spiritual (constitutional) identity as atman and are thus the same for everyone. According to the notion of Sanatana-Dharma, the eternal and intrinsic inclination of the living entity (atman) is to perform seva (service). Sanatana-dharma, being transcendental, refers to universal and axiomatic laws that are beyond our temporary belief systems.

" May good thoughts come to us from everyside, pure, unobstructed, overflowing"
Rig Veda, 89.1


Dharma is sometimes translated as ‘religion’ but that is not exactly the meaning. Dharma actually means ‘that which one cannot give up’ and ‘that which is inseparable from oneself’. The warmth of fire is inseparable from fire; therefore warmth is called the dharma, or nature, of fire. Similarly, sanatana-dharma means eternal occupation.’ We at Prayukas Cultural Academy feel Sanatana Dharma needs to be explained properly and in detail for everyone today to understand, particularly for those coming from the background of western education as they may have many misconceptions already.
In Sanatana Dharma, making sloka chanting a part of your everyday life is said to bring immense benefits on all levels. As slokas are spiritual energy forms manifested in words, they increase positive vibrations and use affirmations to bring about phenomenal changes in our lives. At Prayukas Cultural Academy we understand that slokas help to increase Chaitanya (Divine Consciousness) in the atmosphere, awakening of Bhav (Spiritual emotion) and alleviating obstacles from negative energies.
The Sanathana Dharma Puranas contain narratives about the history of the Universe from creation to destruction and the genealogies of kings, heroes, sages, and deities. Some of the Puranas are discourses on cosmology, geography and Hindu philosophy. The Puranic Stories are universal, convey meaning and purpose that help us understand ourselves better and find commonality with others. Prayukas Cultural Academy feels this not only makes individuals aware of their rich cultural heritage, but also develops in them a love for learning our history. Stories aren’t just about morals; they are also thought provoking.
Culture, tradition and customs play an important role for a civilization and the character of its citizens and society. It helps in striking the balance with Mother Nature, conservation of natural resources and respecting each other. Prayukas Cultural Academy aims to teach our future generations, how we have to do it and how we can conserve it, respect it and how cultural practices became tradition. When we live in a clan, tribe, group or a society we have to follow some set of rules, principles, policies or laws which become customs. Therefore without our culture, traditions and customs we are a complete disconnect with our soul. It’s good to know about your culture, tradition and customs and follow them fully everywhere possible. Every culture's traditions & customs are made keeping a lot of things in mind, there is a reason & logic behind that, we at Prayukas Cultural Academy emphasize in explaining the “WHYs” to avoid following it blindly.
Prayukas Cultural Academy offers classes on Bhajans/ Namavali/ Aarthi in the 54-week comprehensive program. When you sing spiritual songs they can help to quiet the mind so that the heart can open to the divine, allowing us to taste the blissful reality that is our true nature. Rather than being a performance in which the audience listens to musicians, it is a participatory spiritual practice in which everyone is encouraged to sing and express their inner joy. Devotion, not musical ability, is the most important aspect of bhajans/ namavalis/ aarthis. The entire universe is made of rhythms. When sounds are in harmony, there is music; non harmonious sounds create chaos. Similarly, we at PCA feel when there is rhythm or harmony in life, the heart blossoms.

More Testimonials
Watch Intro Video
Being an inquisitive thinker, she always was intrigued in finding the reasons and significance of practices and traditions followed and embedded in Sanathana Dharma. With a penchant for reading stories and telling them from her early years, she found a sense of contentment in understanding the meaning of the shlokas she learnt. Gayathri Venkat is a passionate Bharathanatyam dancer and has been trained for over 10 years as a direct disciple of Smt. Ranganayaki Jayaraman. She has been conferred the title “Natya Tilakam '' by her Guru on the occasion of her Arangetram when she was 14. She has also been trained in Carnatic Music. This spiked her interest to understand the deeper meaning of our culture and its values. Professionally qualified as an Engineer and a Post Graduate in Human Resources and specializing in Organizational Development, she’s passionate in unearthing the lost treasures that once had been a part of our culture which led to the initiation of PRAYUKAS CULTURAL ACADEMY. 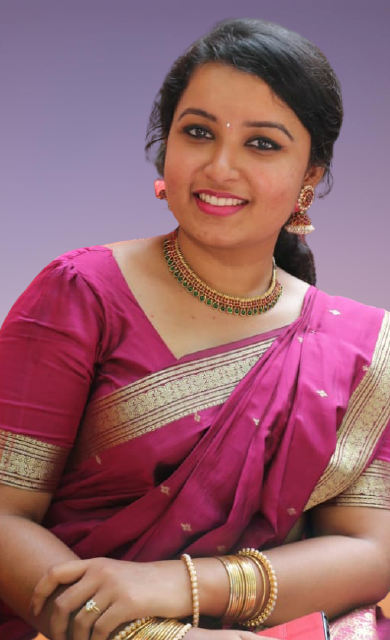 Six years ago she founded PRAYUKAS to provide bespoke training solutions to corporate clients by ensuring TNA & SME Evaluation. It helps design the training programmes according to the corporate and employee needs.


She believes in incorporating various teachings from the Vedas, Upanishads, and other Puranas, which itself is often a practical and self-contained guide to life. Passing on this knowledge to the next generation, she feels, not only ensures the proper interpretation and understanding of our heritage but creates holistic self-aware human beings from an early age. Anu is a Psychologist & Competency consultant with over 15 years of diverse experience in various fields of Training, Teaching & Business Development. She is an experiential learning coach and has spearheaded bespoke training programs with blended learning in corporate organizations. 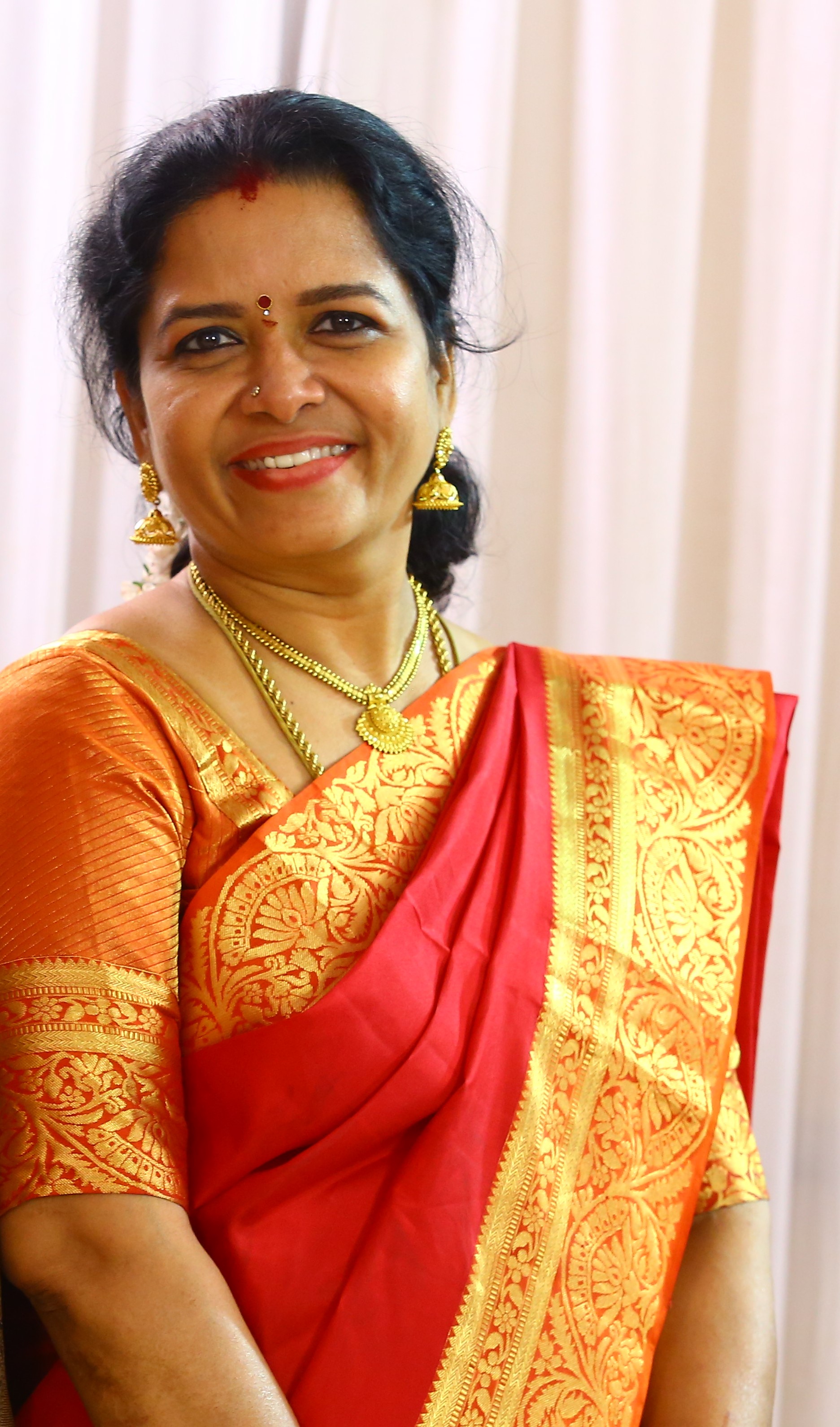